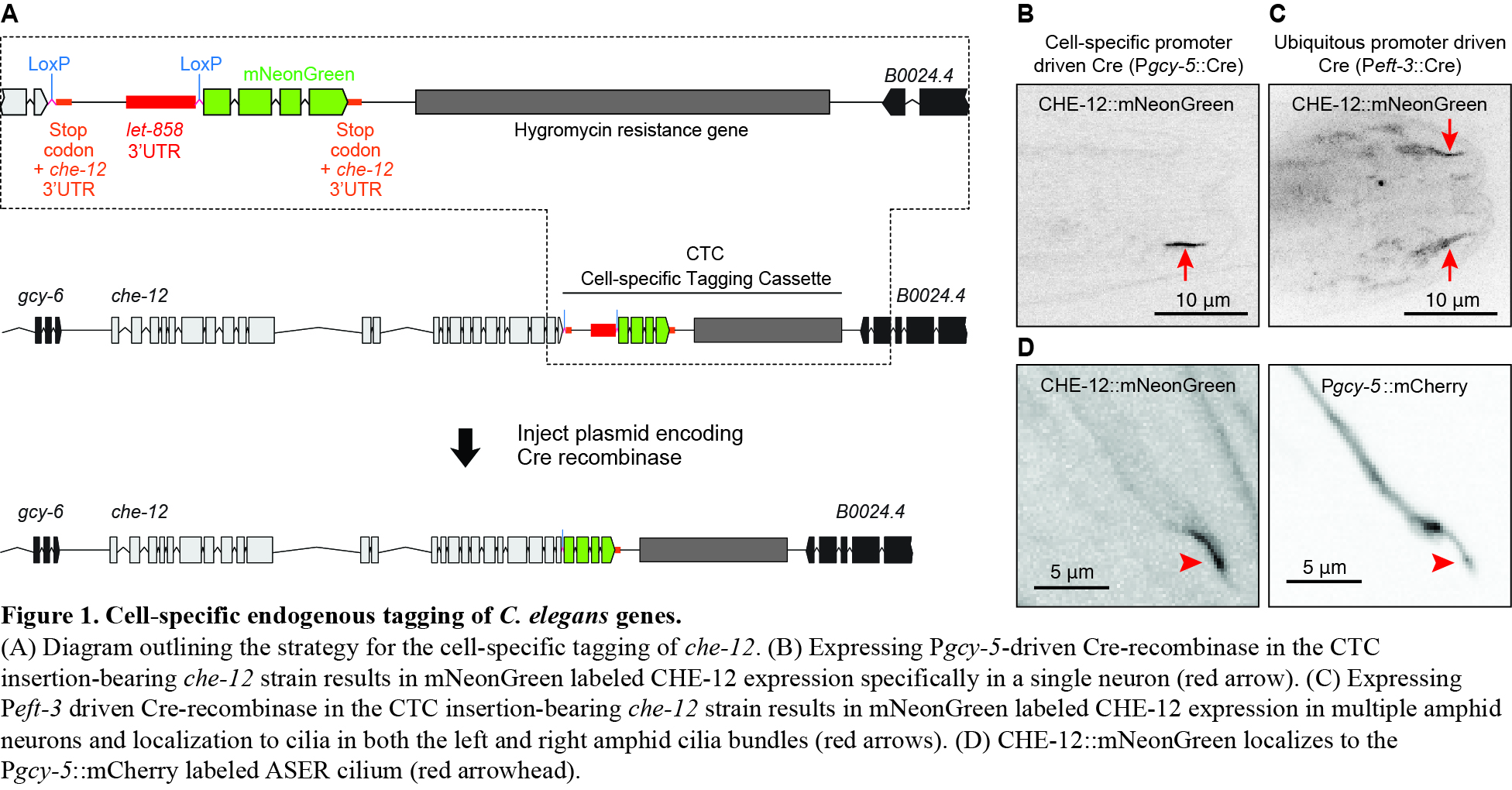 Published August 1, 2016 by Alakananda Das
Tags: Cell-specific tagging, cilia, CRISPR/Cas9 Categories: WBG submissions
Editor's note:
Articles submitted to the Worm Breeder's Gazette should not be cited in bibliographies. Material contained here should be treated as personal communication and cited as such only with the consent of the author.